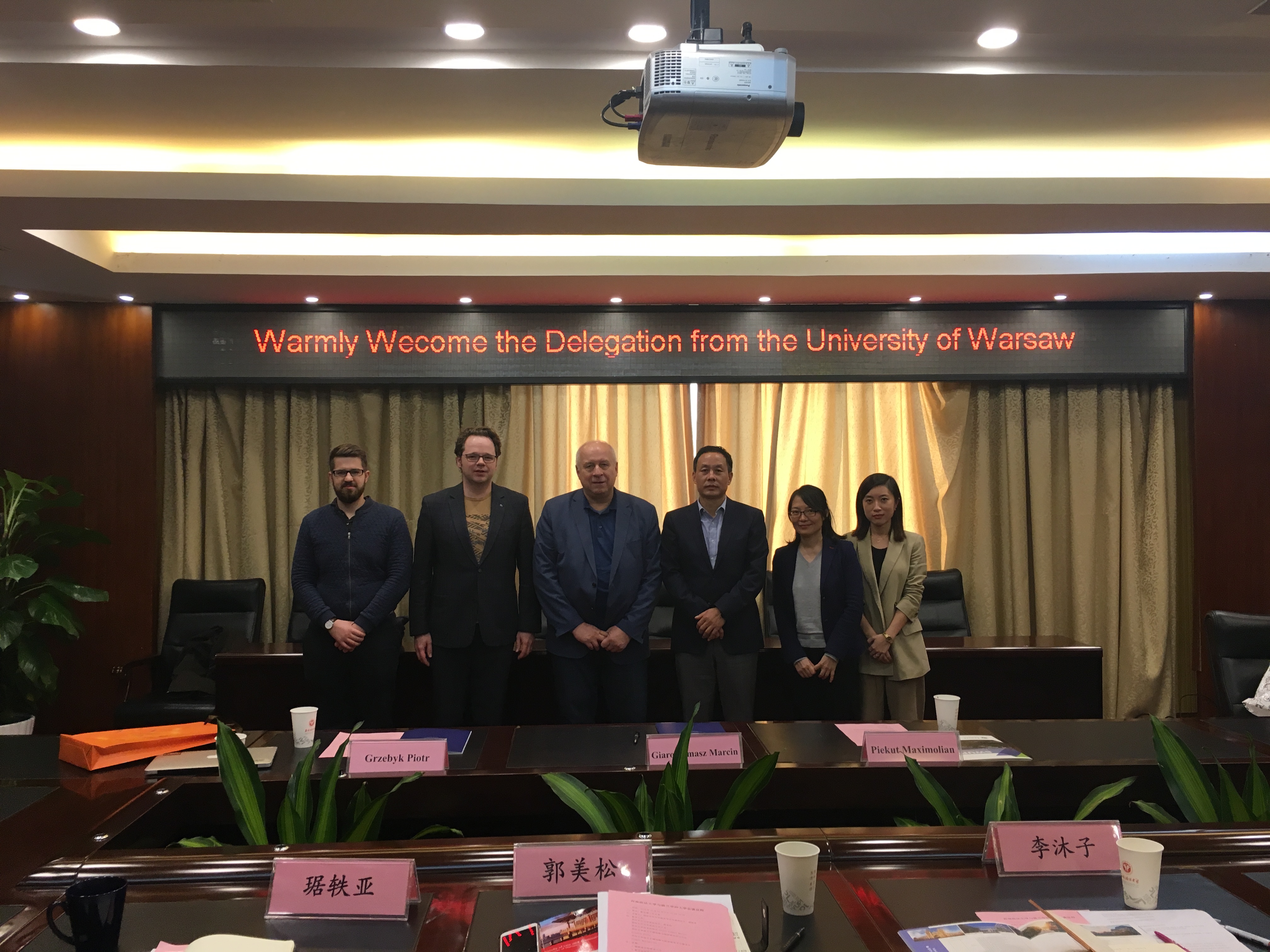 On October 30th, the delegation composed of Professor Giaro Tomasz Marcin, Dean of Faculty of Law of University of Warsaw, Grzebyk Piotr and Piekut Maximolian, Head and Deputy Head of Polish Research Center for Law and Economy of China at the University of Warsaw visited SWUPL. The delegation had a meeting with representatives from International Cooperation and Exchange Office of SWUPL in terms of conducting further exchanges and collaboration. Guo Meisong, Head of International Cooperation and Exchange Office, and Ju Yiya from Department of Student Exchanges attended the symposium.

At the symposium, Head Guo Meisong welcomed Dean Giaro and his delegation. Guo introduced the basic information of international exchanges of SWUPL and briefly reviewed the implementation of short-term study programs at University of Warsaw for PhD candidates and young teachers with full scholarship sponsored by the Poland’s government.  It is hoped that the visit of Dean Giaro and his delegation will further promote the cooperation between the two sides.

Giaro fully affirmed the influence of SWUPL in jurisprudential circle. Head Grzebyk expressed the wish that the two universities could carry out a series of exchange activities including long-term and short-term exchange programs of students and mutual visits of teachers. He also hoped that the two universities would together explore ways of conducting programs for masters’ and dual-degree masters’ cultivation, jointly initiating a new stage of cooperation between the two universities. With the framework agreement in collaboration, both sides agreed to sign a specific cooperative agreement as soon as possible based on the content of the symposium, and then launch cooperative projects in all aspects.

Located in Warsaw, the capital of Poland, University of Warsaw is a renowned institute for higher education in Central and Eastern Europe, also the largest university in Poland, always topping the ranking of Polish universities. Faculty of Law is the oldest faculty in University of Warsaw. In recent years, it has carried out a series of research activities on China's law and economy and established intercollegiate partnerships with many universities, including China University of Political Science and Law. In 2018, SWUPL sent a delegation led by Fan Wei, Secretary of the Party Committee, to visit University of Warsaw for the first time. The two sides reached significant consensus on cooperation, which laid a good foundation for future collaboration.