From September 29th to 30th, the Seventh Meeting of Association of Chinese-Foreign Cooperation in Running Schools, also the Chinese-Foreign Cooperation Policy and Practice Symposium in Northwestern China, was held in Xi’an successfully. Qin Jie, Dean of School of International Education and Professor Huang Maoqin from School of Economic Law were invited to the meeting. Instructed by Department of International Cooperation and Exchanges of Ministry of Education, the meeting was jointly hosted by Association of Chinese-Foreign Cooperation in Running Schools and Education Department of Shaanxi Provincial Government as well as organized by Queen Mary University of London Engineering School of Northwestern Polytechnical University and Branch for Chinese-Foreign Cooperation in Running Schools of Shaanxi Association of Higher Education. In order to deepen the opening up of education with more effort and innovative measures, 314 representatives from 92 Chinese-foreign cooperative institutions in running schools, 35 universities in northwest China and other institutions nationwide, together discussed the international talent cultivation mode around the theme of "Talent Cultivation of Chinese-Foreign Cooperation in Running Schools in the Context of the New Era".

At the meeting, Dean Qin Jie and Professor Huang Maoqin made a report titled "Promoting the Construction of First-Class Major of Law by Optimization, Upgrades and Innovation" at the forum of "'Double Ten Thousand Plan' of First-Class Undergraduate Majors". They shared with attendees the role Chinese-foreign cooperative programs played in boosting the construction of top undergraduate major of law in SWUPL. Also, they shared SWUPL's path and practice in fostering the first-rate undergraduate major construction through Chinese-foreign cooperation in running schools. 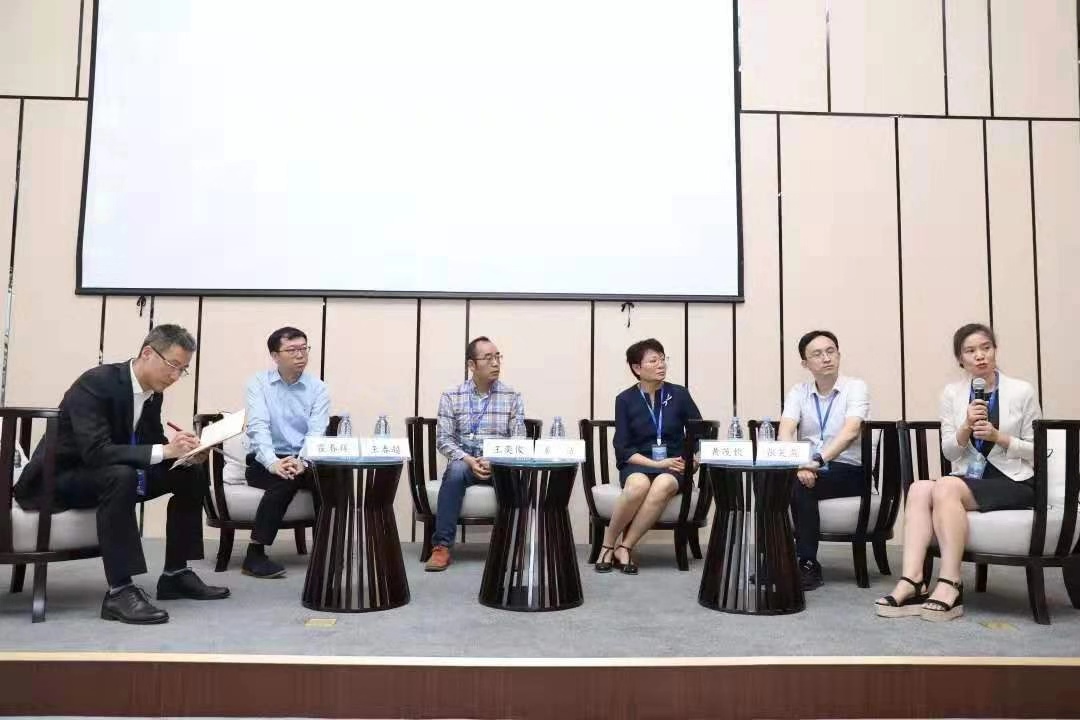 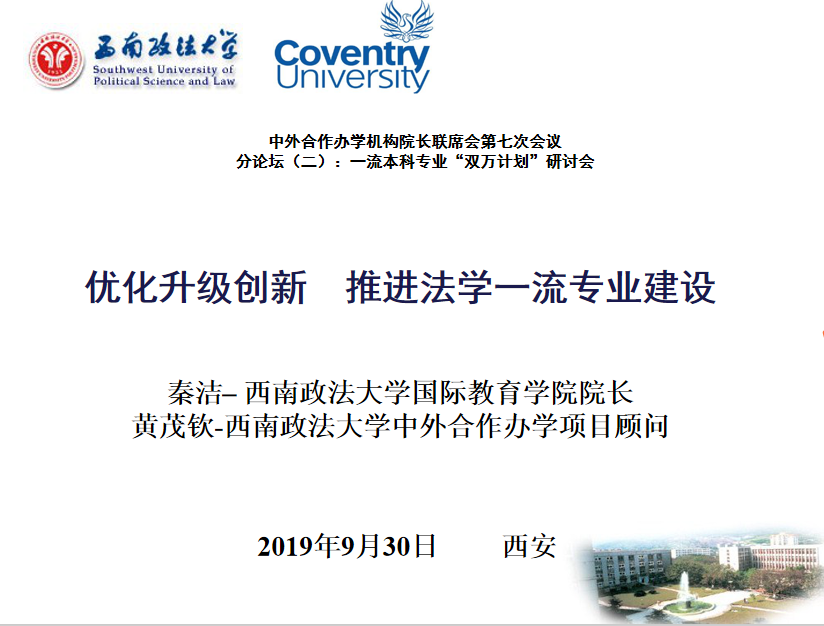 Under the new circumstances of accelerating and expanding the opening up of education, the meeting provided a high-end and in-depth communication platform for Chinese-foreign cooperators in running schools. It also promoted experience exchanges, law exploration and substantive collaboration as well as further boosted the internationalization of Chinese-foreign cooperation in running schools.