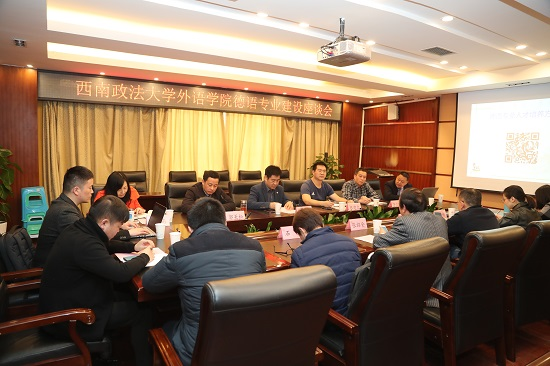 At the scene of the symposium (Source: He Ming)

Firstly, a clear positioning of personnel training is needed. We should focus on fostering the core competitiveness of students;

Secondly, we should emphasize the quality of talent cultivation and ensure that the process and results of cultivation are up to the standard in all areas.

Thirdly, we should highlight the characteristics of talent training and explore the innovation of professional talents training mode and system.

At the end of the symposium, Vice President Yue extended his congratulation and gratitude to all comrades who had made great efforts to the application of German major, and hoped that all participators could make persistent efforts to jointly run the German major.