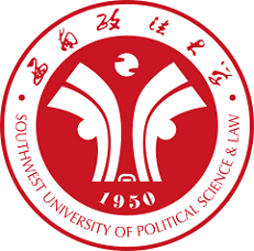 At the scene of the festival (Source: College News Center)

At the scene of the opening ceremony (Source: College News Center)

In the opening address, Xia Junyi, Head of Office of Student Affairs, extended his warm welcome to all the guests and thanked the hosts for their elaborate preparation. Then, he congratulated on the event and affirmed its influence in international exchanges. Impressed by an increasing number of attendees compared to last year, he hoped that the event would bridge the cultural gap and offer more opportunities for interaction and communication between Chinese and foreign students.

Qin Jie, Dean of School of International Education, briefed on the history of the festival and welcomed overseas students to join the SWUPL family. She stressed that the festival was aimed to provide a platform for students from different cultural backgrounds to display their talents, show their traditional culture, deepen cooperation and exchanges as well as exploit the role of culture and arts in overseas student cultivation.

On the first floor of Beiyuan canteen, the custom show started with the Burmese dance Min Ga La Ba , which meant “Welcome, my friends”. Students from Myanmar showed their warm greetings with graceful movements, creating a peaceful atmosphere. Presented by Chinese students, an archaic song and dance show Crimson Swan Song, a romantic poetry recitation named Roses and Rue, Chinese rap song and dances including A Strayed Lamb as well as the instrument performance by Guqin, a Chinese traditional stringed instrument, all attracted the audience and revealed the diversity and unique artistic charm of Chinese culture. Besides, the audience on the spot gave high praise to foreign students’ exotic performances. From I am a Vietnamese, the passion and diligence of people living in Vietnam were vividly shown to the audience. Russian fascinating song Russkaya Narodnaya, Laotian energetic dance, Uzbek National Dance with light steps and fast tempo provided a fresh view of their countries for the participants present and won much applause and cheers.

Dressed neatly in Chinese traditional costume, German students gave a Kungfu performance, which sparked rounds of cheering and brought the festival to a climax. Hannes, one of the performers and also the short-term exchange student from School of International Education, indicated that Chinese martial arts had its own charm and it was his honor to learn and present it on the stage.

Another highlight was the chorus Tomorrow Will Be Better in 14 languages sang by students from 14 countries. Students held their national flags in their hands and waved to the rhythm of the song. It was the first time that students from home and abroad performed together. Despite their different nationalities, the students shared the same smiles, filling the hall with joy and claps.

In the square outside the Beiyuan canteen, 14 booths were set up by Chinese and foreign students to display authentic food and cultural products of various countries. Papaya salad from Laos, spicy rice cakes from South Korea, soybean cakes made in colorful shapes from Thailand, durian pancakes from Vietnam, pancakes dipped with a special sauce from Russia, sandwiches from the UK and so on drew numerous participants. Participants waited in line to enjoy the food and had lively discussions with overseas students and volunteers. Apart from food, masks of ghost, facial makeup in Peking opera, handmade scarves, traditional xylophones were also displayed at the booths, showing strong characteristics of diverse culture. Furthermore, SWUPL volunteers also arranged a series of culture experiencing activities containing wearing Hanfu, braiding and ring toss.

"It was the second time that I had participated in this festival. The scene and atmosphere were much different from last year. Almost all the exchange students participated in the performance or the booth exhibition, displaying our cultural characteristics. It's hoped that the Chinese and Foreign Students Cultural Exchange Festival in SWUPL would be held better and better in the future." said Liu Shujun from Thailand.

It was known that the festival was hosted by Office of Student Affairs of the Party committee and School of International education, jointly organized by the Publicity Department of the Party Committee (News Center) and SWUPL Youth League Committee and undertaken by Self-Development Research Center of Graduates, College Students' Cyber Culture Studio (Press Crops) as well as Volunteer Organization of International Education.